Zeros N’ Heroes 086[EXPLICIT CONTENT] On this episode we’ve got COOL “Spider-Man and the Fantastic Four,” “Sky Rogue,” and “Rocket League,” and we’ve got STOOL “celebrity worship,” “false hover boards,” and “Log Horizon.” This episode was brought to you by @buddhaboy83 and @huhotwhore.

The “Dookie” scene from “No Holds Barred”

SPIDER-MAN FANTASTIC FOUR SILVER RAGE
MARVEL COMICS
Written by JEFF PARKER
Penciled by MIKE WIERINGO
Two great tastes that taste great together! The world’s greatest super hero and the world’s greatest super team collide for an adventure set nowhere near a Civil War (and upon which we will not put a CIVIL WAR tie-in label)! After a visit by the Impossible Man, your friendly neighborhood Spider-Man is faced with a dangerous new alien threat for which he has only one recourse…call in the Fantastic Four. Separately, Spidey and the FF are the foundation of the Marvel Universe. Together…they just may save it! Collecting SPIDER-MAN/FANTASTIC FOUR #1-4.

First, the video does not actually show anyone riding the hoverboard. While the company claims that their hoverboard is “rideable,” they have yet to demonstrate this. Second, the SLIDE Hoverboard does not live up to the cinematic standards set by the Back to the Future film series, which shows hoverboards that go anywhere, floating above any type of surface. While it’s possible that the Lexus board is “rideable,” a spokesperson told Engadget that the board can only be used in a very specific area: Lastly, this hoverboard is not being promoted as a product to be offered for sale to the general public by Lexus. It’s a prototype that was designed for the “Amazing in Motion” campaign, which seeks to showcase the company’s “commitment to pursuing new possibilities in advanced design and technology”: 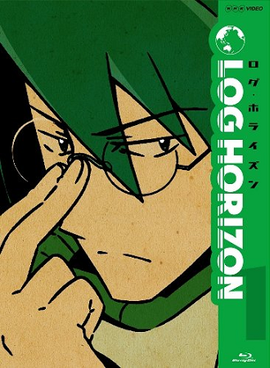 “It’s just not THAT good.” -Will Kent

By its eleventh expansion pack, the massively multiplayer online role-playing game (MMORPG), Elder Tales has become a global success, having a following of millions of players. However, during the release of its twelfth expansion pack—Novasphere Pioneers, thirty thousand Japanese gamers who are all logged on at the time of the update, suddenly find themselves transported inside the game world and donning their in-game avatars. In the midst of the event, a socially awkward gamer called Shiroe along with his friends Naotsugu and Akatsuki team up so that they may face this world which has now become their reality along with the challenges which lie ahead.